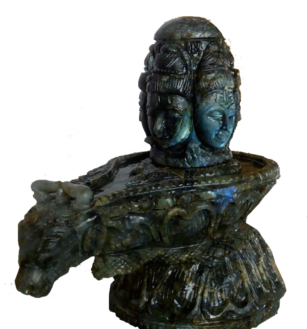 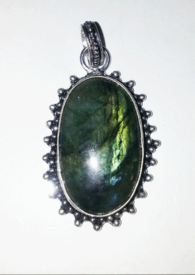 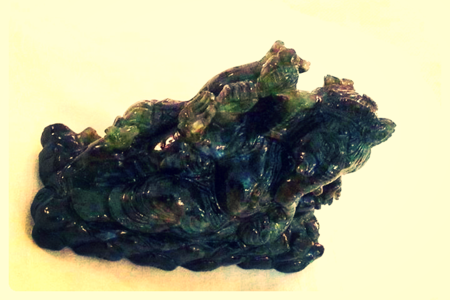 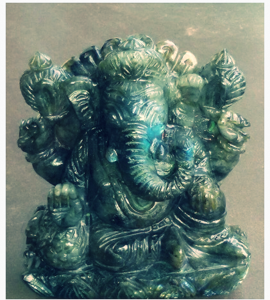 This processes when repeated several times in a evening after a Moon raise or done once every night for a period of 7 days -15 days will give the opening to a new transformation on the spiritual level.

The experiences are many they have to be felt rather than discussed because no two individuals can have the delicate experiences as their body & outer experiences are different. Remember the effective balancing of the Swadisthana Chakra/ the 2nd most powerful energy making chakra of the body & the Solar Plxues / 3rd chakra will come relaxed towards the end of this exercise with the ultimate enrichment of the Third Eye Chakra / the 7th energy chakra of the body. A high level of cool understanding will make an individual capable of living through an event of anxiousness. For a family where distrust in emotions is a quick work for stimulating fights, it is experienced that an atmosphere of understanding & devotion starts to graduate.  As the stone rests in the form of Shivlingam remember to acknowledge it morning evening on daily bases.

This is a very powerful combination of Saddhana & Tattwa shuddhi clearing of the elements will occur as the beams of Labradorite will enchant the atmosphere slowly but sturdily.

In today’s times when we are all a part of a system that compels us to be exposed to rapid exposure to the computers Wi-Fi  & microwaves in addition to hectic routines the accompaniment of Labradorite in a Home or workplace which is an individual’s personal domain will help a sure, though slow transformation. The good new & the bonus point of working with the Labradorite Lingam is that people in the atmosphere who have been a part of unwanted fights / restlessness will also resonate to the sense of wellbeing. The whole atmosphere will improve & all in the radiance of the healing crystal will get their art of understanding & the deliverance will be –gradual lineup for collective understanding on a subject. Tolerance on a subconscious level will relieve each member of the group or home from a pull – push state of mind to a cool consciousness. The happiness will begin as the result of positive nature will show up. 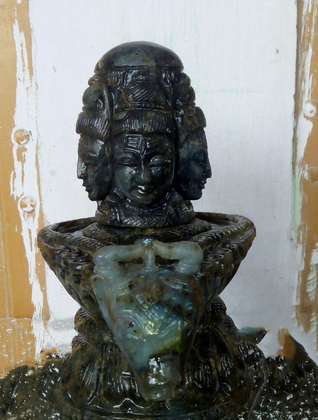 The depth of the breath has to be inhaled very deep with an inner smile & peace, than breath is released with a sense of breathing out or emptying the lungs & belly. The process will be repeated 11 ti 21 times with the soul focus of a smile, a smile from the heart will take the user of Labradorite in tranquility. The thoughts will flow but no matter what the thoughts they need to be focused on cleansing of inner being with the Moon lit air one breathes in in the presence of the Labradorite Shiva lingam.
At the end of the breathing process the being or the individual will begin to feel light as the power of the phenomenal iridescence rays of the feldspar Labradorite ( verity of Moon stone family) & Planet Moon will be in collective working to calm the nerves & taking the individual into a deep state of relaxation..

Moon Meditation is prescribed for those who have time & are inclined to spiritual success. however if you are a beginner to the process of the healing energy you may just take on the privilege of observing changes or beginning of a new state of reduction of stress & pressure. Just being with the Labradorite will start a New phase in Life with the 3rd eye chakra balancing......

For those who are keen on Gemology Labradorite a stone with color & belong's to Moon stone family scientifically called as Feldspar. Moon stone is a stone that has a mention in Ratan shashtra  as Gau dantika one that looks like the teeth of a Cow used for astrological remedies.

As the time went by till we reached the New age that follows gems therapy as well, there has been a discovery of several types or Healing Crystals in the Family of Feldspar besides the moon color. Moon stone, Labradorite is yet beautiful feldspar given to the man kind by the Universe, objective to be able to work on the effects of Moon on the physic or emotional body. The cool peace giving radiations of Labradorite will positively open a window to the passion line.

What is a method to connect with the  Labradorite Crystal ?

When the users are aligning himself with crystals  Labradorite, the traditional feature of Ganesha Labradorite or A Shiva lingam in Labradorite can be acquired. These are the Tantra uttack or Tantra transmuted products found to have a great effect of their physicality in the environment they are placed in.

The stone has the ability to revolutionaries one’s self if connected further to energy of Moon on a full moon night. The process is simple one need to unite with the colors Shiva lingam in Labradorite & think about inhaling the breath which has the cooling power of Moon.